Barbed Wire Runs Through It

It was 1976, and Joe Bauer was a dyslexic, twelve-year-old boy, and he was having a bad year. Joe became involved in an investigation, led by his range detective father, on a case involving Satanic cattle mutilations. He escaped death two times, watched a tornado ravage his family’s ranch, saw a plane crash-land near his one-room country school, and he met a Nazi. His parents sold their cattle ranch due to the injuries his father had sustained, and Joe’s teacher abandoned her job, leaving him to teach himself, as the last student at his country school in Holt County, Nebraska. Joe bared witness to the struggles of family and friends and the conflicts that were affected by these events.

They Call Her Ed

Johnny Loretto has had his heart, broken about a hundred times – by the same woman. And for years he has plodded forward, trying to make a living as a private investigator in Horsetooth, Colorado. When two promising clients come his way, he thinks his luck has changed. 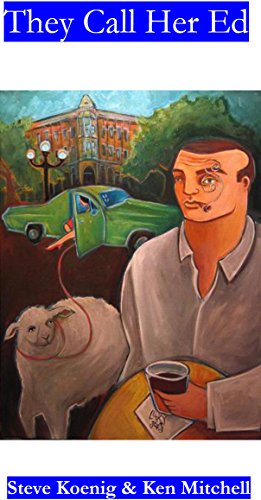